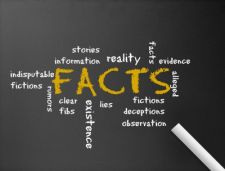 I’ve read several studies where they suggest that your mental well-being can be directly tied to how much news you watch on TV. I don’t know if it’s true or not, but this past week has surely tested the well-being and millions of Americans. The terrorist bombing in Boston, the horrific explosion in West, Texas and the ricin mailings to some prominent politicians, including President Obama.

I decided very early on that I would try to avoid any sort of political discussion on this blog, but certain events this past week compel me to at least make a few comments. While browsing Facebook (I tend to do that a lot) I came across a shared post from one of my FB friends. He shared a link to an article on regancoalition.com that stated that Obama could have prevented the Boston bombings. Really?

I dislike how writers, journalists, commentators and people in general can spin any situation to make their point. I’ve determined that you cannot argue with these individuals since they are so narrow-minded that it is impossible to have an intelligent debate on the subject. I’m a very open-minded person and I’m willing to explore every viewpoint and can look at a situation from several angles. I guess you could say that I’m definitely middle-of-the-road. It’s in my nature to not make a quick decision – a trait that my close friends tell me is indecisive. I’m just trying to weigh the options and consider all of the possibilities.

Anyways, the title of the article was “Obama Could Have Deported Boston Bomber But Didn’t”. Now when a clear-minded person reads that title, doubt should immediately pop into your mind. There isn’t a 1% chance that Obama had any sort of direct connection with the bomber, but that didn’t stop JudicialWatch.org from blogging about it, which was is where the information first stepped onto the interweb. Some of the comments people made on that blog article is absolute crazy-talk.

The blog article seemed a little obscure to me. It was how they phrased “could have been removed from the country after a 2009 domestic violence arrest and conviction”. There are two key pieces to this phrase that raised the red flags for me. First, it says that he “could” have been deported. Secondly, it says that he was arrested and convicted in 2009. My first question, “Why wasn’t he deported if this was such a serious situation?” and my second question, “Considering the amount of detail the writer seemingly added to the blog article, why didn’t they give more specific dates?”

Well, again, I turned to the comments and one in particular by someone with the username of Stop Corruption stood out from all the others. He tipped me off to an article on the Boston Globe which talked about the domestic violence charge. Sure enough, switching to a real journalistic source, you get the full story. According to the Boston Globe article, the domestic violence charge against Tamerlan was dismissed following a jury trial in 2010. And there you go, the spin is now complete – the Judicial Watch blog writer chose to spin the facts, release misinformation for public consumption and place blame for the Boston bombings on President Obama. The end result is a bunch of people will just read the headline, assume that it’s true, spread the misinformation and cause more strife in America.

People are naturally lazy and unwilling to do any amount of research to confirm the facts before they are disseminated online. It’s really easy to click “share” on Facebook, but I encourage you to look over what you’re sharing or posting before you click that little button. This goes for both my conservative and liberal friends. Yes, I have both. As I said before, I’m middle-of-the-road and I like to view situations from several viewpoints. Even so, some people are extremely polarizing and easily influenced to hop on whatever bandwagon happens to be passing by at the time. They can’t think for themselves and that’s sad. They just turn on Fox News or MSNBC and the revel in the hatred, intolerance and bigotry that those venues tend to idealize and try to rationalize.

I'm not trying to defend the Boston bombers in any way, shape or form. What they did was a horrific act of terror against innocent people who were just trying to have a good time and live their lives. But, the fact of the matter is that misinformation like this simply disgusts me.