Bob Barcus > 2013 > August > Murder on Muckshaw: The Death of My Honeybees

Murder on Muckshaw: The Death of My Honeybees 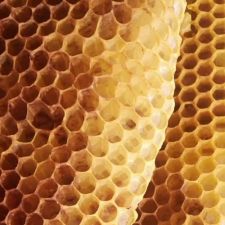 Over the last few days I’ve had this sneaking suspicion that something was wrong with my new honeybee colony. I go out almost every day to check on my bees with just a quick visual inspection of the hive entrance to see who is coming and going. Things were going pretty good up until a couple of weeks ago. That’s when I started noticing the bees “acting funny.” Don’t ask me to explain how I knew something was wrong, but I just knew it. 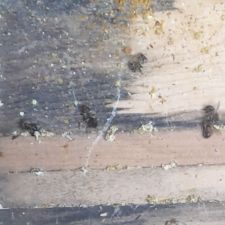 I dare not accuse anyone of anything, but the fields directly around my house have been sprayed three times over the last few weeks. Two from crop dusters and another with one of those massive field sprayers. I’m not exactly sure when the field sprayer was across the road, but I do know that the first crop duster sprayed a field just southeast of my house on July 23rd and the second a few days later on July 26th in roughly the same field block. I also observed crop dusters in the air to the south and west of me in the last few days.

Granted, I don’t know what they were spraying, but I’m fairly certain they were spraying some sort of insecticide. Here it is, only two weeks later and my bees are dead. I wrote about neonicotinoids on my blog back in May. I somewhat accurately and regrettably predicted the loss of my colony:

“While I could very easily lose this colony the next time someone decides to spray a neonicotinoid on their field, I’m going to do my best to protect these amazing little creatures.”

Like thousands of other beekeepers affected by CCD, I was unable to protect my bees from getting killed. We all know what the culprit is, but our government and deep-pocketed corporations refuse to admit the truth – neonicotinoids are decimating the honeybee population in record numbers. This year, American beekeepers are expecting to lose about 1/3 of their colonies. That number is staggering, especially once you consider the amount of crops that are dependent upon bees for pollination and thereby create a food source for us humans.

While CCD has gotten a great deal of national attention, I wonder how farmers would start reacting to the widespread euthanasia of their livestock. They would be busting down the doors at the USDA, EPA and demanding action from their Congressmen. But since it’s just us “simple” beekeepers, nothing is done. Beekeepers of all sizes provide a vital agricultural service in this country and we are being ignored.

I was so disgusted this afternoon that I ripped the combs out of my hive and burned them. I didn’t want my combs with still unborn brood in the cells to incubate diseases that could spread to other colonies in my area. I didn’t want other pests to move in and think that they were getting a free meal and I certainly didn’t want robber bees to come in and poison other colonies with the tainted pollen and honey.

All I can do is try again next year...